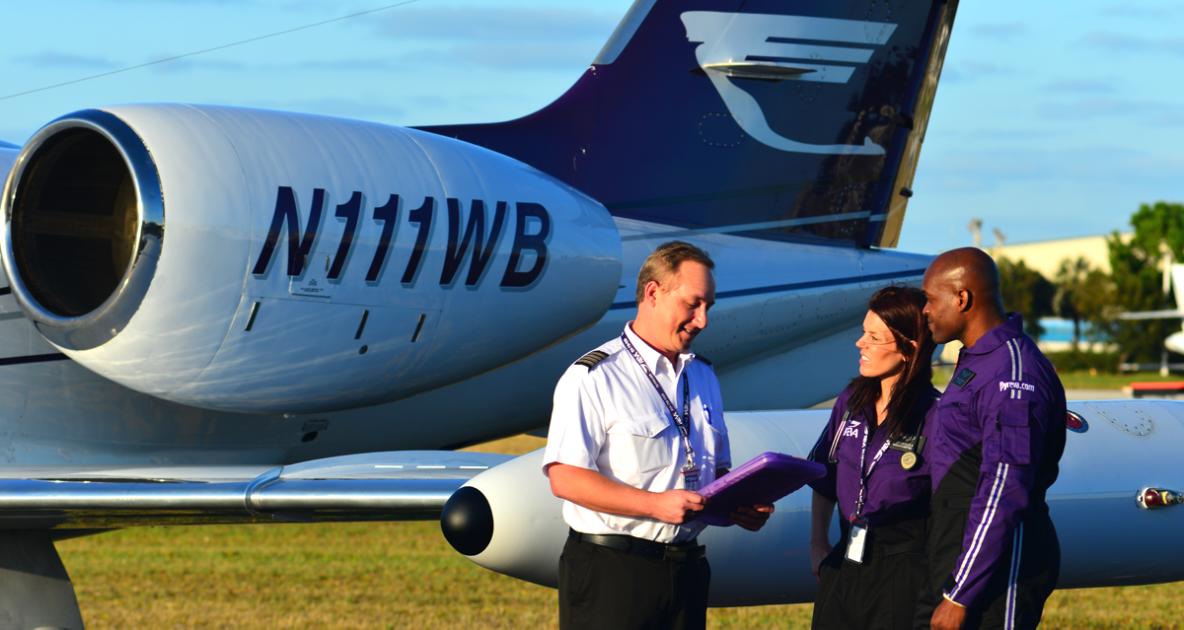 Mario Pierobon looks at the use of medical aircraft to get donated organs from A to B. It is said that organ transplantation is a victim of its own success, as nowadays, demand for organs far exceeds supply. While organ donation rates remain mostly stable (even though they vary greatly among different countries), the number of patients on national waiting lists is steadily growing.
In terms of an optimal use of scarce organs, international organ exchange is a valuable and effective way to maximize the number of medically suitable organs available to recipients on a waiting list. Organ exchange is lifesaving, especially in children, and also in patients with rare blood groups. Over distances where ground vehicles are not effective, in particular when international organ procurement is involved, transportation by air becomes the best and most efficient way an organ can be transported. Over the years, collaboration between national organ procurement organizations and providers of air services, as well as a closer co-operation between all players at an international level, has been crucial to achieve an international organ exchange system of high quality*. 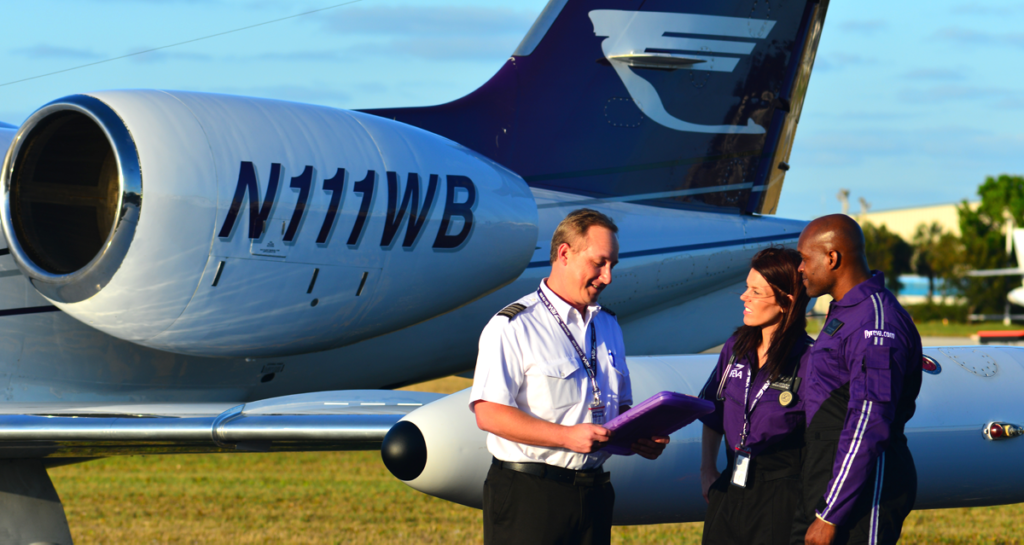 In light of the time sensitivity of organ transplantation, helicopters and fixed-wing aircraft of the size and range of business jets are the only suitable options for distances where the deployment of a ground vehicle is not effective. For shorter distances, helicopters are simply unbeatable for flying to the donor’s hospital and then to the recipient from a home base, or from one hospital’s helipad to the other, even if a medical crew may prefer the greater comfort and space for equipment storage offered by a business aircraft. On some distances where a ground vehicle could be effective, the time sensitivity of certain situations may dictate a need for a helicopter transfer instead. Given that the stakes are high when it comes to organ transplantation, a need arises for the definition of criteria about the trade-offs that need to be made when opting for a helicopter or a business aircraft for this special category of medical flights.

Why organs get flown

REVA is a provider of transport for human organs by means of a fleet of 15 aircraft and bases placed around the US, including a recently opened facility in New York State.

“For shorter distances, helicopters are simply unbeatable and our company’s ground, medical, and flight crews operate a fleet of medically-equipped Learjets and other fixed-wing aircraft that covers the North American continent, the Caribbean basin, Central and South America, and extend into Europe and other international locations. Currently, organ transport services are offered for the US Department of Health & Human Services ‘Region 3’, which consists of six states in the Southeast as well as Puerto Rico” says REVA’s senior vice-president for sales and marketing. Without oxygen, human tissue cells decay: the longer the time without oxygen, the higher the damage, eventually causing the unsuitability of the organ for transplantation. “Harvested organs are flushed with a cooling agent, typically a process called cold ischaemic storage. The colder the organ, the lower the need for oxygen for cells to remain healthy. The length of time a harvested organ, properly cooled for preservation, can be outside a human body varies by the organ. For kidneys it can be up to 24 hours; for livers up to 10 to 15 hours; and for the heart the maximum time is four to six hours, with most hearts being transplanted within four hours. In the example of the heart, clearly the donor of the organ when harvested must be physically nearer the organ recipient than for other organs,” explains REVA’s marketing director.

Franz Immer is a cardiovascular and thoracic surgeon and the director of Swisstransplant, the national organ procurement organization of Switzerland. He also notes the vulnerability of human organs, mentioning in particular the heart. The so-called ‘cold ischaemia times’ – the time during which the heart is not perfused by warm blood – should not exceed four hours, he says, adding: “Mainly hearts, but also livers and lungs, which should be implanted within six hours, require fast transportation. This is an issue in the context of international organ exchange. Jets are required, if one of these organs is procured in, for example, France or other countries surrounding Switzerland.”

Clearly, a variety of factors dictate the choice of aircraft for organ transplant missions. Consideration must be given to time-sensitivity, operational requirements and the location of departure and arrival bases when opting for a helicopter or plane to accomplish a given mission.

Survival Flight is the critical care transport program of University of Michigan Health System (UMHS). It provides transport of critically ill and injured patients, as well as organs, and consists of a team of flight nurses who are dual licensed as paramedics. Survival Flight leases three helicopters, of which two ships are on call 24 hours a day, and the other is used for organ procurement in partnership with Metro Aviation. For longer-distance transports, Survival Flight uses Metro Aviation which is responsible for the control of all flight operations by means of a dedicated medically configured Cessna Citation Encore jet with the capability of flying anywhere within the continental US and Canada.

“We work closely with our organ procurement department and the mode of transport is decided together. We have a loose range: up to 50 miles we normally elect a ground vehicle, up to 200 miles rotor wings are normally used, over that distance we normally go for a fixed wing,” says Denise Landis, manager of critical care transport at Survival Flight.

“If the surgeons go out by our fixed-wing and time is of the essence, having the helicopter waiting to transport the team to the hospital is an option. We make very critical decisions and every situation is different. Our guidelines are flexible, as the surgeons/coordinators decide on mode of transportation to meet the needs for the patient. Occasionally, there could be a hospital that is 30 miles away, and the choice would be rotor-wing. We work collaboratively with the team – the physicians know what they need, and they know the time sensitivity. There may be a special case or circumstances and Survival Flight pilots and staff will make the right decision given the details of the transport. In this respect, it is a good thing we do have a range of 350 miles by helicopter,” says Landis.

Alpine Air Ambulance (AAA) is the official carrier for Swisstransplant. AAA operates a fleet comprising three helicopters, one plane and several ground ambulances. In addition, the fleet of the Lions Air Group, a commercial air transport operator, and other partners, is also available for additional capacity if required.

“Due to the need for short ischaemia times, our goal is always to keep travel time as short as possible,” says Jürg Fleischmann of the Lions Air Group, the parent company of AAA. “The type of aircraft depends upon the distance and the weather conditions. We regularly travel by helicopter within Switzerland with heart, lung and liver teams. This procedure offers to medical crews the opportunity to be picked up and dropped off at the hospitals without needing to go to an airport, which shortens the travel time. Aeroplane ferry flights are organized to Lugano or Geneva when weather conditions are bad or to other countries when the procurement is outside Switzerland. If procurement hospitals are within a radius of 30-40 minutes, we organize urgent ambulance transports,” says Fleischmann.

According to REVA’s marketing director, with regard to the choice of aircraft, considerations include applicable regulations, preparation time to get into the air, fuel efficiency, flight time and the availability of medical or emergency landing strips. “Helicopters, depending on the model, typically fly between 120 and 140 knots or roughly 140-160 mph. A safe cruising speed is around 100 mph. REVA’s Learjet 35s fly about 440 knots or 506 mph. If, for example, you needed to transport an organ from one hospital in Tucson to Mayo Clinic in Phoenix for transplant, about 116 miles, a helicopter medevac with the ability to land at the hospital could be the most time and cost effective, even though relative to distance flown, a helicopter would cost more. On the other hand, if the organ is in the Dominican Republic or Puerto Rico going to a recipient at Cleveland Clinic Florida in Miami, a distance of more than 1,600 miles, the only viable option would be by jet, possibly requiring a helicopter on either end to get the organ to and from the aircraft,” notes REVA’s marketing director.

“As examples of choice of jet over rotary aircraft, REVA was engaged by a leading transplant hospital for organ transports with flight hours ranging from 2.0 to 5.3, with locations ranging from Fort Lauderdale to St Petersburg, Florida, and San Juan, Puerto Rico to Fort Lauderdale, sometimes transporting just the donor organ, and other times transporting the transplant medical team with or without organs,” adds REVA’s marketing director.

There are multiple best practices to be complied with while performing flights for medical transplants. These cover crew training and qualification, specific c operational procedures, co-ordination with the medical staff, an operations control center that’s trained and competent with regard to the operation, and the evaluation of mission profiles and timings including waiting times. Other optional but recommended practices include the flight following of the organs via dedicated transponders and the storage of the same organs in specially designed containers.

REVA’s marketing directornotes that typical guidelines for wheels-up time for organ transports is less than 90 minutes, during which weather and NO-TAMs (notices to airmen) are checked, runway length is determined, crew are selected, and fueling and flight pre-checks are completed. “In comparison, a typical air ambulance transport goal is wheels up within 120 minutes,” she says.

Organs are stored in cooler preservation units provided by the hospital when and where harvested, and securely stored on the aircraft, REVA’s marketing director explains. Fleischmann says that with AAA, the organs are always transported in a storage box, which keeps the organs at low temperatures. “For the transport of an organ itself, a medical crew is not required. But, if hearts, lungs or livers are procured, surgical teams from the transplant centers travel to harvest the organs at the procurement hospitals. Often, they are accompanied by a transplant coordinator, who provides proper information about timelines and organ quality to the team conducting the transplant in the transplant centers,” says Fleischmann. “It’s important for us as ‘transporters’ to always be prepared for the needs of the teams and ready to take-off when the procurement is finalized. If weather conditions change during these operations, we organize alternatives with police cars or ambulance vehicles. Procurements are mostly during the night-time and the teams are often up day and night. We make the transports as comfortable as possible for them.”

Landis comments: “We are probably one of the very few institutions in the US where the air medical programmer, such as Survival Flight, partners with their organ procurement department. Other emergency helicopter departments normally do not transport their teams. Sometimes the transplant crew is composed of two surgeons, a perfusionist and a fellow to provide him/her with a learning/educational opportunity.”

Organ transport is not an emergency medical service mission and therefore does not require specific approvals. It is a must, however, that a system of methods and dedicated operating procedures be implemented in order to manage the co-ordination with any medical staff onboard to safeguard the safety of flight and the integrity of the organ.

REVA’s marketing director stresses that organ transportation requires the highest level of facility-to-facility co-ordination – timing is of the essence. “Throughout the organ transport process, REVA’s team performs constant monitoring and engages in thorough communication to ensure delivery of the highest quality of service. REVA has been an organ transport provider for decades and is very proud to be a provider for a critical service that affects individuals and families in the most profound way possible,” she says.